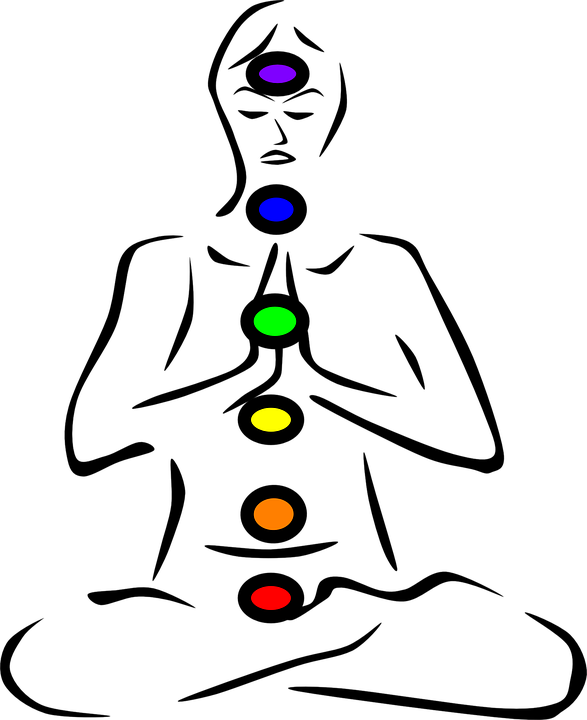 The chakras refer to our Kundalini, which in turn is an example of the immense latent potentials within us. There are many ways to take advantage of these hidden potentials (repetition of a mantra, gemstones, yoga asana, pranayama, meditation, etc) All the creations are first conceived in our thoughts and then our thoughts are seen as the most powerful means to tap into our innate potential. Let’s examine the seven chakras of Kundalini Yoga.

Our thoughts are the primary source of all creations and therefore considered the most powerful causal factor for the manifestation of all possibilities. Similarly, the possession of possibilities without the wisdom to use it sensibly is similar to a monkey wielding a sword; harmful to himself and others.

Yoga helps balance our emotions, actions and be in control of our thoughts, so it is the most efficient and safe way to create an Empowerment life. Self-confidence, improved relationships, financial abundance, vitality, expressiveness and physical health are just some of the manifestations of this Empowerment.

To this end, the study of each Chakra in the context of certain Yoga concepts can help us understand our potentials and motivations in life. Let us know the basics – Chakra their positions and The Associated concept of Yoga.

Muladhara is located at the base of the spine. It is considered the foundation of the”energy body”. Yogic systems emphasize the importance of stabilizing this chakra. The awakening of the Kundalini originates here. Many describe it as The Thin Red Bindu or drop because when activated it exudes a red aura. It is connected with the earth element, the action of excretion and the sense of smell.

Svadhishthana is located two fingers above the Muladhara chakra, that is, in front of the body just below the navel. It is associated with the reproductive organs (genitals) and the sense of taste (tongue). The samskara are latent in the Svadhishthana Chakra.

The location of Manipura is listed as behind the navel in the solar plexus region. Chakra Manipura is the epicenter of willpower or “Icha shakti”, verve and achievement. It is said that it radiates Prana throughout the body. It is related to the power of fire and digestion, the sense of sight and the act of movement. Meditating on Manipura Chakra, you can achieve the ability to save or destroy the world.

Anahata is home to the thin prana or Jivatman (Parashakti).) In the Upanishads, it is described as a small glow inside the heart. Anahata can make choices outside the realm of karma. It is associated with love, compassion, touch, air and the actions of the hands.

Vishuddha chakra is the purification center; it is associated with increased discrimination, creativity and personal expression. When activated, negative experiences turn into wisdom and learning. It is related to the actions of speech, the sense of hearing and the element Sky / Akash or Ether. Meditation on Vishuddha is said to provoke various siddhi such as the vision of the three periods, past, present and future; and the ability to transcend the three worlds.

Ajna is considered the third eye of clairvoyance and intellect. This corresponds to the pineal and pituitary glands located in the center of the brain directly above the spine. When we dream or perceive things, it is in the eyes of the mind or Ajna. In the ancient Indian education system there were many cases when the Guru had poured his knowledge into his Shishya or disciple. This transference or mental communication occurred through the connecting bridge-Ajna. It is said that meditation on Anja carries many powers in an omniscient way, and the realization of unity with Brahma is also mentioned in ancient scriptures.

The Sahasrāra is located on the crown of the head. It is compared to a flowering Lotus with a thousand petals, Brahmrandhra or the source of divine light (because a mystical light as bright as the sun radiates from it).

This chakra represents self-realization, in which the individual is freed from all karma and identifies the Energy Center hidden inside.

So these are the 7 chakras of the Kundalini and The Associated nuances of Yoga.

Learn more about how to awaken your spirits, here at Meline Lafont!

Previous post: Guidance from your Angelic team to triumph over the ascension waves