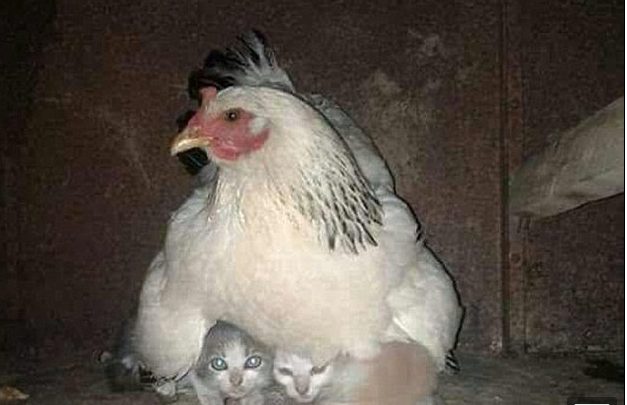 Hilarious Snapchat images of animals from around the world were shared online One funny image shows a mother hen keeping two kittens safe from the storm Another shows an affectionate deer licking a Boxer who looks unimpressed From a hen nesting on a litter of kittens to a lion determined to squeeze into a wheelbarrow, these hilarious Snapchat images are sure to make you chuckle.