Home » Jesus: His Return Isn’t What You Think It Is

Jesus: His Return Isn’t What You Think It Is 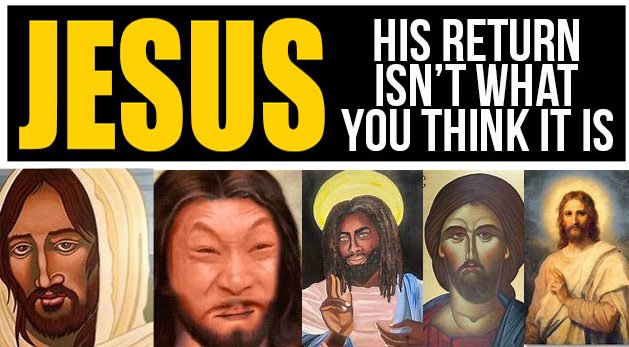 Will Jesus return? I’m 100% positive he will but his return isn’t what you think it will be!

Please allow me to preface this article by saying I do not believe in the literal story of Jesus Christ. As explained in Zeitgeist, the bible was written in metaphor to explain epochs and ages of time, known as astrotheology.

Th bible has numerous references regarding the return of Jesus Christ. Here are just a few of them:

1 Thessalonians 5:2
For you yourselves are fully aware that the day of the Lord will come like a thief in the night.

Matthew 24:36
“But concerning that day and hour no one knows, not even the angels of heaven, nor the Son, but the Father only.

Revelation 3:11
I am coming soon. Hold fast what you have, so that no one may seize your crown.

Revelation 22:12
“Behold, I am coming soon, bringing my recompense with me, to repay everyone for what he has done.

Are you aware that there are at least 10 Christ-like figures who preceded Jesus?

These deities include the likes of Buddha, Krishna, Odysseus, Romulus, Dionysus, Heracles, Glycon, Zoroaster, Attis of Phrygia, and Horus.

Additionally, a common story can be found throughout history of a divine being born to a virgin mother, having 12 disciples, died on a cross, and/or was resurrected after 3 days.

Please see: Jesus: Fool Me Once, Shame On You; Fool Me 9 Times, Shame On Me The National Geographic Society’s book “Great Religions of the World,” page 309 writes; “By Jesus’ time, East and West had mingled here for three centuries. Down columns of boulevards walked Roman soldiers loyal to the Persian god Mithras.” Mithras was a Persian deity. He was also the most widely venerated god in the Roman Empire at the time of Jesus. The Catholic Encyclopedia as well as the early Church Fathers found this religion of Mithras very disturbing, as there are so many similarities between the two religions, as follows:

1) Hundreds of years before Jesus, according to the Mithraic religion, three Wise Men of Persia came to visit the baby savior-god Mithra, bring him gifts of gold, myrrh and frankincense.

2) Mithra was born on December 25 as told in the “Great Religions of the World”, page 330; “…it was the winter solstice celebrated by ancients as the birthday of Mithraism’s sun god”.

3) According to Mithraism, before Mithra died on a cross, he celebrated a “Last Supper with his twelve disciples, who represented the twelve signs of the zodiac.

4) After the death of Mithra, his body was laid to rest in a rock tomb.

5) Mithra had a celibate priesthood.

6) Mithra ascended into heaven during the spring (Passover) equinox (the time when the sun crosses the equator making night and day of equal length).

As you can now see, Christianity derived many of its essential elements from the ancient religion of Mithraism. Mithraism became intertwined with the cult of Jesus to form what is known today as “Christianity.”

Of the following (semi) deities, legends went around that they were born of a virgin:

The Promise of Jesus’ Return

Will Jesus return? I’m 100% positive he will but it will be either:

a) after a dynasty crumbles or

b) long after this Earth is destroyed and is in the rebuilding process.

He’ll also have a different name. Let’s call him Fred. Fred Christ. This is the hook of the promise that he’ll return. He will, just not in this or any future lifetime. He’ll once again come back under a different name with glorious promises of salvation and the church will use this story as a way to control you.

He always returns after dynasties collapse, but under a different name but he never returns in the physical form. It’s always through lore and hearsay that history is written.

Despite what others may tell you, there is no physical evidence that Jesus existed at all.

Critical thinking would ask, “Why do all Christian holidays fall on previous Pagan days of celebration?”

Another question is, “How are any Biblical names beginning with the letter J possible when that letter was used until the 1500s?”

Some would say his real name is Ieosus and it became Jesus when the “J” replaced the “I”. Other people believe his name is Yeshua (which would be Joshua in today’s language). Either way, why was the name changed to a name that he wasn’t allegedly born with? That’s a little “fishy”.

To those who believe in Jesus, I honor you and respect your decision. I choose to believe in an all-loving Creator/Source over a story made by man to control man.

I’ve watched 100’s of near death experience testimonials and Jesus never seems to be there nor are the “pearly gates”. You end up judging yourself as you see your life through your eyes and everyone you’ve encountered.

The scriptures tell us that God and Jesus are omnipotent. If that’s true, then why isn’t Jesus greeting people at the fictitious pearly gates? Because neither exist.

BUT, he will return, I promise. It just won’t be as the name of his latest alleged incarnation, Jesus.

Let us all praise Fred Christ.

Sending you all infinite LOVE and Light!

Next post: Did The Ancient Egyptians Migrate To North America?