Home » Everything you Need to Know about Colloidal Silver

Everything you Need to Know about Colloidal Silver 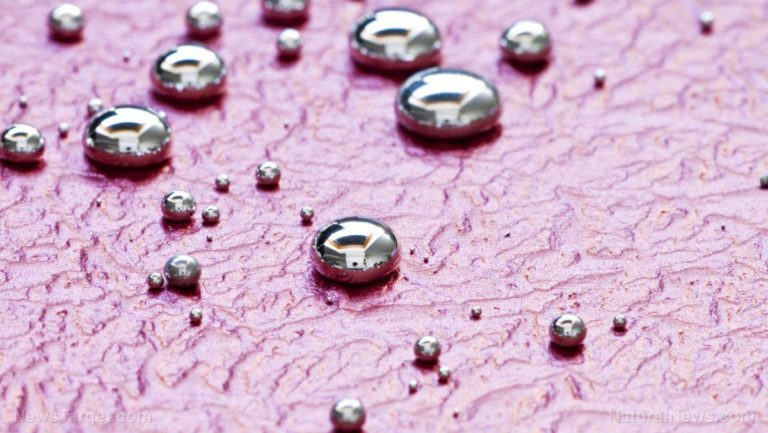 Not long ago, colloidal silver was commonly used in a variety of applications. From treating illnesses to healing wounds, colloidal silver was seen as an all-purpose remedy — at least in the days before the advent of antibiotics (and the rest of the toxic pharmaceutical industry). In spite of this rich history of healing, organizations like the FDA remain staunchly opposed to colloidal silver, claiming that its benefits are “unfounded.”

There are a number of misconceptions about colloidal silver being spread around as “truth,” while the facts regarding its uses and benefits are being obscured — as is the case for so many alternative treatments these days. What do you really know about this old fashioned remedy?

One of the biggest and most pervasive myths about colloidal silver is that it is unsafe to use. The threat of a rare skin condition known as “argyria,” is the most widely known side effect of over-ingesting silver. Argyria is characterized by a bluish-gray discoloration of the skin, which is often permanent. No doubt, no one wants to be blue for the rest of their lives, but the likelihood of developing this condition is vastly overstated. Some make it seem like taking colloidal silver just a handful of times is all it will take for you to turn permanently blue, but the truth is that you’d be have to consume an awful lot of silver for that to happen.

As Ready Nutrition reports, you’d have to consume at least 900 milligrams of silver over the course of one year to develop argyria — a statement based on the lowest amount of silver found to cause the condition in adults.

This doesn’t seem like a lot — until you account for the typical recommended dose of colloidal silver (just one teaspoon). Ready Nutrition estimates that a person would have to take 48 times the normal daily dose for adults every day for a year in order to consume the minimum amount of silver linked to argyria.

Further, while argyria is undoubtedly not a desirable condition to have, it has not been linked to any other adverse health effects. As sources explain:

No pathologic changes or inflammatory reactions have been shown to result from the silver deposition in the dermis or argyria. In fact, in one case of argyria, medical researchers Hill and Pillsbury stated back in 1939, “The ordinary clinical use of colloidal silver compounds practically never gives rise to any gross untoward effect other than argyria.”

As with all things, too much can be a serious problem. It’s always best to speak with your naturopath or other chosen health professional before taking any new supplements — especially if you have a preexisting health condition, are on medication, or are already taking other supplements.

The benefits of colloidal silver

One of the most common uses for colloidal silver is to promote wound healing. Even the National Center for Complementary and Integrative Health notes that silver can be used topically to treat a variety of wounds, including burns, skin abrasions and cuts and skin infections. Silver is also used to treat conjunctivitis in babies.

As Healthline reports, colloidal silver is said to have potent antiseptic and antibacterial benefits, whether taken orally or applied externally. Back in 2015, it was even revealed that NASA astronauts would be using silver as a water purifying agent — in spite of the FDA’s claims that silver’s purported benefits are “unfounded.”

“Due to widespread growth in the use of colloidal silver as a biocidal agent, development of a simple and cost efficient method of silver testing is valuable. On station, silver is used as a biocidal agent based on its antimicrobial properties in the potable water system,” NASA reportedly stated on their website.

The benefits of colloidal silver seem endless; perhaps that’s why the FDA is so ardently opposed to it. Learn more about forbidden medicines and natural remedies at AlternativeMedicine.news

Next post: Shamans are Rising, Are You One of Them?