Home » Garnet Vs Ruby: Differences in Powers and Meanings

Garnet Vs Ruby: Differences in Powers and Meanings

by AtPerrys Healing Crystals on October 31, 2019 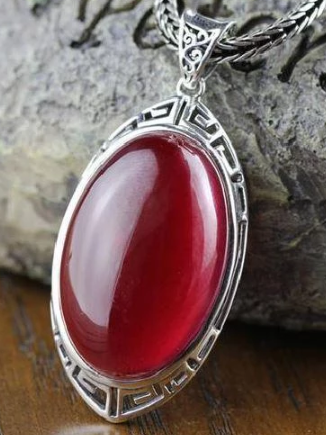 Two beautiful stones that define a different shade of red, garnet vs ruby has been a hot debate for ages. Is the red of ruby better than the red of garnet? Is ruby better for passion than garnet? Can garnet drive the kundalini energy? Is garnet softer than ruby? We know you have a million questions about Garnet Vs Ruby. After reading the post, leave us your questions in the comments!

Let’s find out the differences in powers and meanings of garnet and ruby. When you think of the color red, ruby automatically comes to mind. Who knows, perhaps ruby was the inspiration for red! Ruby is one of the most prized gemstones, sometimes even valued higher than diamonds. Let’s find out more about this stone.

Chemically, ruby is a variety of mineral corundum (aluminum oxide). It is seen in colors of pink to blood-red, popularly from Myanmar. With a hardness of 9, ruby is strong to last lifetimes! It has a numerical vibration of 3.

The fancy part is its etymology. The origin of the word ruby is from the Latin word for ‘red’. It was literally named red. I told you!

Which Is Ruby Chakra and Zodiac?

Capricorn is the official zodiac sign of Ruby. If you’re a Capricornian, you should wear ruby. It helps you spread the passion and optimism you have inside. Ruby helps you become the best version of yourself. It is a stone for instilling energy and strength for capircornians too. It gives you faith and self-belief if you ever doubt yourself.

How to Use Ruby?

Now that you know the metaphysical attributes of ruby, it is time to test its benefits. The top five benefits of wearing or using ruby is listed below so that you can try it on your own.

Ruby is the stone of love since ages. It brings marital bliss and intimacy. If you’re a relationship that’s cold, gift a ruby to your partner or wear one. Things will change. Your yearning and love will amplify. Love is the cornerstone of rubies powers. It brings out other sparkles of your personality in time. If you want harmony and activity in your love life, bring ruby into the midst.

Are you tired all the time? Don’t worry, take a ruby and grab onto it. As the stone of root chakra, it neutralizes your body fluids and hormones to give you energy. The stone that kills drowsiness and fatigue is the best stone for people who love to work. Strength of ruby is also seen as confidence and courage in your voice. You will start to trust yourself more when you wear a ruby.

Want commitment in your relationship? Perhaps your partner and you have been fretting over it. The best solution is to bring a ruby because it makes you reality how dear you are to each other. It brings fidelity and preciousness to your relationship. You will no one else than each other. It’s a stone every married couple should wear. Don’t you think so? Treat yourself with the ruby in the picture by clicking on it!

Another well-known power of ruby is grounding. It ejects the negativity within you to the ground beneath you. Mother Earth will absorb your negativity and give you positivity. If you have a problem of negative self-talk, wearing ruby will be the end of it. You will feel pumped when you are with this stone. The grounding powers of ruby can be felt by meditating with the stone on your root chakra at early morning.

Embrace it and you will feel its power. Keep it in your pocket and it will bless you with success!

Want to learn more about Ruby? We have a great guide for you! When you think about garnet what comes to your mind? Pomegranates? We bet you’re thinking ‘wild red’ too right? It’s a beautiful stone with an inexplicable color right? Garnet is one of the precious stones always revered for its color.

Do you know Noah kept a garnet on his arc to provide light during the floods? According to the Quran, fourth gate of heaven is built from Garnet. This stone has more history than any other!

With a hardness of 6.5 to 7.5, garnet is a soft stone. Made from silicate minerals and in use with humanity since the Bronze age, it is one of the oldest gemstones. While there are many colors of garnets, the red variety is the one garnet is known for. With a numerical vibration of 4, garnet is ruled by Sun and Sekhmet.

Which Is Garnet Chakra and Zodiac?

Sacral chakra is the foremost power source of garnet gemstone. It is a stone that opens your kundalini energy. Garnet can make you passionate and responsive to your partner. Intimacy is an ability you will fall in love once you start wearing garnet. The stone makes you awake and enthusiastic full of energy.

Garnet also powers up your Root chakra, just like ruby. It can connect with Mother Gaia, the Earth Mother Goddess too. Garnet can help in grounding away the negative feelings apart from bringing stability and balance into your life. It is a stone of opportunities.

Solar plexus is also powered by the stone Garnet. When you hold a garnet over your solar plexus area, it can heat up your aura and attract abundance towards you. The secret of good luck is hidden in garnet, not ruby. It can also boost your blood circulation and enhance your immunity.

The last chakra opened occasionally with the use of garnet stone is the crown chakra. If you bond well with your garnet, it can help in connecting you to the higher realm. It happens by drawing power from your auric field to connect with etheric energies. You will find many powers of collective consciousness and precognition.

Two zodiac signs are awakened by the power of garnet- Capricorn and Aquarius.

If you are a Capricorn, you will find yourself strong and passionate as well as intuitive when you have a garnet on you. It gives you the courage and will power together. Capricornians find garnet soma, or the elixir.

Aquarius will find wisdom and enlightenment with garnet by their side. It is a stone that leads you to your destiny. The gemstone is excellent for bringing your dreams to manifest into reality. It gives you the wisdom to see your true purpose of life. Garnet will reveal hidden skills within that you never dream before!

How to Use Garnet?

We learned about the powers and metaphysical attributes of garnet. Now, how can you use it for your day-to-day benefits? Garnet works wonders on the body, mind and spirit if you use it rightly. How to use it correctly? We are about to find out!

The foremost chakra of garnet is the sacral chakra located in you pelvic region. Why is this important? That’s because your life force energy called the kundalini energy resides here. This is the root of all your passion and sexuality. Place a garnet under your bed or even in your bedroom to spice things up! It can also help you find energy and drive to get busy if you’re suffering from depression.

As garnet is capable of opening multiple chakra, the energy of this stone moves through almost all the chakras, igniting your chakra system at once. What does it? Your auric field will be cleansed and all the radiations, hexes, curses and negativity around you will disappear. If you were suffering from a weak aura, garnet should be circled thrice over you to replace and dispel the evil energy. Try it today!

Suffering from sexual disorders? Perhaps infertility is your killjoy. Don’t worry. With the medicines, also add garnet to your routine. All you need to do is place the garnet over your sacral chakra and meditate at daybreak and before sleep every night. Your disorders will be cured with the accelerated powers of medicines amplified by the garnet crystal.

If you have a problem of catching cough and cold whenever you travel, you should get your immunity checked. For people suffering from immune disorders, garnet can be a balm to soothe the pains. It gives you strength and vigor apart from willpower. Garnet can boost blood circulation in the body to make you feel steady and strong. It’s the best helper for those who are recovering from surgeries and injuries.

People think garnet is a lower chakra stone. The powers of garnet does not stop at the first, second or third chakras. It also goes higher up. Garnet can open your crown chakra to make you intuitive and clairvoyant. You will be able to see into the future and see your destiny. Enlightenment will come to you. Hone your higher chakras by meditating with garnet on your forehead at twilight.

Want to learn more about garnet? Our healing crystal handbook is excellent!

Powers and Meanings of Garnet Vs Ruby

Now that you know the individual powers of garnet and ruby, it is time to found it which is better than the other. However, when it comes to crystals, no crystal is actually better than the other. That’s because crystals are just like us. Each one is unique, just as we humans are. From the size, shape, color, powers and energies or vibrations and frequencies, crystals are all different.

Based on what we learned today, let us make an outline of facts about Garnet Vs Ruby.

When it comes to Hardness, Garnet is softer than Ruby. Remember 10 is diamond and Ruby a 9?

Now, when it comes to Chakras, Garnet awakens multiple chakras while ruby opens one. In anyone’s perception that translates to Garnet gets you more than ruby. But, that’s not the case. Garnet won’t bring you the same glory ruby does and vice-versa. Choose your stone by feelings, thoughts and vibrations when you touch or see it.

Can You Wear Garnet and Ruby Together?

Planets ruled by Garnet and Ruby judges whether they can be worn together.

While Garnet is ruled by Saturn, Ruby is ruled by Sun. If you think both are great together, you might be an exception because the planets clash.

Sun is friendly with Moon, Mars and Jupiter and enemies with Venus and Saturn. For Saturn, the friendly planets are Mercury and Venus and enemies are Mars and Sun. Hence, ruby and garnet must never be worn together!

My verdict on Garnet Vs Ruby is that each is a unique stone with unique powers. If you are looking for passion, both ruby and garnet can help you. Never wear them together. Individually, each can bring a different kind of hidden skill out of you. Trust it and wear it.

If you are still unsure, share your DOB and we will help you out …