Home » How You Light Up The World, Based On Your Zodiac Sign

How You Light Up The World, Based On Your Zodiac Sign 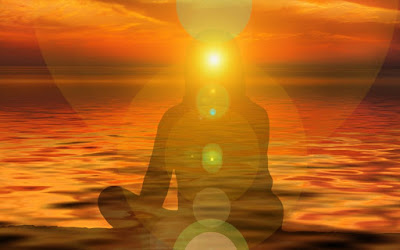 In a pandemic-stricken world, it is hard to find something that can cheer people up. You probably don’t realize how important you are people and how you affect them in small ways. Being a positive force is rare, and the role you have in the world can lift up Earth to its consciousness.

Tarot Card: TEMPERANCE
Oracle Card: Trust Your Path – If you knew you would be supported, what would you do?

You are aware of your boundaries, and you keep yourself in check. For now, you’re holding back for good reason. Sure, there’s frustration and impatience. But balance is what you need the most right now and enjoy the waiting process. You light up the world because the discipline and newly-acquired patience is inspiring other people. Instead of giving in, you’re influencing them with the idea of delayed gratification. Surround yourself with baby blue colors to calm your head.

Like a devil, you’re a real charmer. People like your humor and ideas a lot and you communicate it well. I think you’re charisma is very influential. Use that influence for good things rather than mindless stuff. Call on the Council of Light to guide you on an honorable mission that could simultaneously cheer up and enlighten people. Try not to get distracted a lot and practice concentration on important aspects.

Tarot Card: THE STAR
Oracle Card: The Ever-Unfolding Rose – Cracked open. It’s happening for you, not to you.

You literally got The Star card. That’s main character vibes – and your soul stands out anywhere you go. Soft pink is a cute theme – not childish nor too girly. An important aspect you need to realize is water – hydrate and nourish yourself like a flower. If there’s a dark storm brewing into your life, don’t worry. It’s meant to happen so that you can bloom afterwards.

Tarot Card: NINE OF SWORDS
Oracle Card: The Crumbling – What are you clinging on to?

You’re holding on to something – and your loyalty is the most admirable. Just when the world already gave up on something, you still hold on to it. This is not martyrdom, it is noble. You’re a bit pessimistic, but it’s great to give people a reality check. It’s kinda ironic that you’re pessimistic but hopeful at the same time. You’re a paradox and you’re untouchable.

You’re emotionally and mentally tough and you’re not afraid to express your thoughts. Some of you are writers, painters, singers, ballerinas, and dancers. Some of you are empaths and understand emotions deeply, which means some of you are psychologists, coaches, consultants, and others. You help build people up by showing your tough exterior. People are amazed by what you do and they recognize the legacy you will leave on Earth.

Some think that you’re a terrifying leader – because you are always right. Your foresight and intellect is incredible. They may not understand why you made your decision now, but in the future they will realize and understand how wise you are. Make it a habit to look up the sky – may it be a storming dark sky, a starry night, or just a plain cloudy day. Your ideas will be harvested from the atmosphere.

Tarot Card: THE HERMIT
Oracle Card: Sisterhood of the Rose

Your unique experiences labeled you as wise and you truly deserve it for the insights you give to others are precious. You will act as brother/sister somebody never had, or a teacher people will genuinely enjoy listening to. Your knowledge will act as a bridge of a world hidden from others. Placed at the top where many look up to, you are aware how much it can feel lonely.

Tarot Card: SEVEN OF WANDS
Oracle Card: Soul Family – Call in your tribe. You don’t have to do it alone.

People always admired how you can be so brilliant and humble at the same time. You still keep your feet on the ground no matter how many achievements you received. Despite being in the spotlight, you don’t hog it and instead give gratitude to those who supported you. Your continued challenges will be more difficult along the way and gaining help from your trusted ones will help you succeed. Alone, you will fall. Together, you will rise.

You’re emotionally dependent and what you feel and how you act depends on the people you interact with. You’re very versatile with your group of friends and you always seem to be a great fit with anyone. That doesn’t mean you’re a people pleaser – you’re just very hyper-aware of the spectrum of people. At the same time, you still don’t lose your authentic self and people are amazed by that.

You’ve let go. The ability to move on and leave behind things that doesn’t serve you anymore is incomprehensible to others. How can you throw such life away? The one that is always expected of you? Sure, there is a crippling fear about the outcome but you’re very brave to take on the consequences. Your courageousness to be different inspires others.

No matter how the situation overturns, you’re still in control and you don’t panic. People are shaken when their would is turned upside down. You don’t. You approach it rationally and continue on without fail. Resilience is your true superpower and even if people drag you down, they would fail to see you disheartened.

Tarot Card: EIGHT OF PENTACLES (REVERSED)
Oracle Card: Imrama – What are you being called to journey to?

To be honest, you goal or desire is too far away from you. But the fact that you know what you want and your eyes is on set for it – means you’ll do what it takes to reach it. The willingness to take it to the extreme is unmatched. Competition would be futile because your hard work alone will justify the end.

The post How You Light Up The World, Based On Your Zodiac Sign appeared first on Sivana East.