Home » IT IS THE NOW TO BEGIN OUR TRANSMUTATION – The Arcturians

IT IS THE NOW TO BEGIN OUR TRANSMUTATION – The Arcturians

It is the NOW to begin our Transmutation 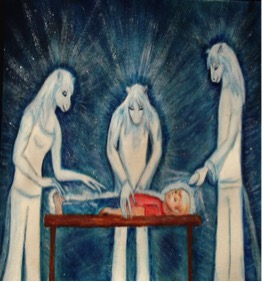 There is a new energy coming into our awareness now.  Unfortunately, as the new message comes in the older messages seem to get louder and louder. Why is that? The answer is simple. The new message says:

IT IS THE NOW TO BEGIN OUR TRANSMUTATION!
What does “transmutation” mean and how is it different from “change?”
Change means that something is different. On the other hand, Transmutation means that something has moved into, or come from, a higher frequency of reality.  Of course Transmutation is not a new phenomena.  In fact, there has always been the transmutations.  However transmutation is different from change in that it only encompasses a change into a higher state of consciousness, behavior, and/or reality.
Yes, there are many forms of reality that all exist within the same NOW. However, these different realities occur on different frequencies of reality. It is quite easy to lower one’s consciousness into a lower frequency of reality. In fact, slipping into a lower frequency of reality is one of the greatest challenges of humanity.
However, the challenge is often difficult to realize that this “change” has occurred because so many humans are so busy just “getting by” that they have no “time” to even think about the details of their “state of consciousness”or even the effects of their actions.
This is an especially challenging NOW because the issues of third dimensional life are no longer limited to personal or even group issues. In fact, one of the greatest issues within your NOW are Planetary Issues!
Humans have had no idea that they could actually destroy the planet! Maybe they were not aware enough of their own power to change, improve, or damage the planet on which they lived.  In fact, most humans do not even consider the Planet on which they live to be an actual LIVING BEING!
The planet was not a concept in most people’s lives. They thought only of what they wanted to have, to do, to change, to accept and to push away. Humans were not aware that they have been “pushing away” the fact that they were GREATLY harming Gaia, the planet on which they lived. Too many humans though only about they wanted to do, to have, to know and to forget.
Therefore, the planet, dear Gaia, was ignored as a living being that needed the attention, care of, and deep love from the being that lived on Her.  We say, “Her” because Gaia is a living being.  Just as you humans think of your self as a “living being,” Gaia thinks of her self as a living being.
The difference is that the planet Earth, also known lovingly as Gaia, is the formate, the home, the reality known as “life on planet Earth.” Humans usually think of themselves as the most evolved beings on Gaia’s planet. However, Gaia thinks of humans as the least evolved beings on her Planetary Self because there are NO other beings that have done more damage to her planetary body than the humans.
Gaia is very confused by the behavior of Her humans. “Don’t the humans realize that if they do NOT take care of their planetary home that one day that”planetary home” will be uninhabitable by ANY lifeforms.  “Why, oh why, do the humans NOT realize that if they destroy my Planetary Lifeform, that they will NOT have a place in which they can live? ” Gaia ponders.”
However, the humans, at least the majority of humans, do NOT realize that Gaia is a living being. They think that Gaia is just a thing that they have paid for when they “bought their house” or “found their job.”
But what about their JOB of caring for and protecting the planet on which they live?  Do the humans think that they can continue again and again and again to harm Gaia in more ways that they would ever like to take responsibility for?
Yes, it is the “NOT taking responsibility for the health and welfare for their planetary home” that is the GREATEST mistake that humans are making within this NOW! Fortunately, there are also many humans who we, the Galactic, call the “awakened ones!” Dearest Gaia is SO VERY Happy that these humans have remembered that they are NOT just humans!
Why is it important for humans to remember that their humanity is the lowest frequency of their inter-dimensional SELF?  The answer to that question is, of course, because most humans can NOT remember their own higher dimensional expressions of SELF.
Why is that? We Galactics ask the humans. But these humans cannot hear us?

We, the Arcturians, wish that you would listen to us, as well as all the other Higher Dimensional Beings who are NOW gathering around Gaia in order to assist Her with your Planetary Ascension!
Yes, Gaia will ascend, but right now it does not look like the majority of humans will be able to ascend with Her.  Yes, the plants, the animals, the waters, the skies, and all the Nature components of Gaia will be able to transmute back into their innate fifth dimensional expression.
However, the human population that will be able to experience the Bliss and Glory of Gaia’s fifth dimensional expression of SELF, is far less that the Gaia, Her SELF. Yes, some of the humans are beginning to awaken to the fact that if they do NOT assist Gaia who is calling them every day in every way to “PLEASE ASSIST MY PLANETARY BODY!!”
Fortunately, there are some humans who can hear that call and who are answering the call in the way in which their fifth dimensional SELF is telling them to. Unfortunately, only a small (too small) population of the humans are able to remember their own higher dimensions SELF who also resides in the fifth dimension and beyond.
How can we, your Galactic Family, get the attention of the many, many sleeping humans? We have sent Starships and the humans ignore them. We have sent dreams and the humans forget them. And, we have call you ALL to please remember that YOU chose to take an earth vessel within this now in order to assist Gaia through this VERY difficult time of humanity greed and selfishness.
You may think that we are too harsh on humans, but they do not respond to our Love and our Light. Of course, some humans do respond to our Love and Light and it to these humans that we send our greatest gift of “remembering their own higher dimensional SELF.”
We have noted that the humans that are awake to their own Higher Dimensional SELF, are also awake to the Higher Dimensional SELF of Planet Earth. Yes, Earth is a living being who has been greatly harmed by Her inhabitants. In fact, there has been so very much harm to Gaia from the humans that Gaia is not willing to wait for these lost ones to join her Planetary Self as she returned to Her own fifth dimensional Planetary Self.
Fortunately, there are humans who ARE  aware of their own fifth dimensional SELF, and who realize what a huge responsibility they have taken on to wear a third dimensional form during this NOW in which the third dimension is being greatly damaged by the humans who are still lost in their own lower third dimensional, selfish and greedy ways.
We, the fifth dimensional beings of Earth, such as we the Arcturians, the Pleiadians, the Antarians, and the Venusians, are working together to assist Gaia to transmute Her Planetary SELF back into Her innate fifth dimensions frequency of reality. There is only one way to experience this fifth dimensional reality, which is to resonate your consciousness to the frequency of the higher fourth, and fifth, dimensional frequencies of reality.
Reality is much like your ocean. It is huge, and it has many layers of SELF. Just as the Oceans have many frequencies in which different beings resonate to different frequencies in order to choose to live within the frequency that matches their own, human consciousness has many frequencies and many different realities that exist on the different frequencies.
The humans who chose to live a life of Unconditional Love and Higher Dimensional Light will be the first ones to experience the fifth dimensional realities that exist just beyond the limitations of their third dimensional perceptions.
As these humans begin to remember their own Higher Dimensional Self, they will receive instructions from the fifth dimension and beyond about the details of the Mission that they “chose” before they took their third dimensional earth vessel.
You, the dear ones who chose to leave your fifth dimensional reality in order to assist dear planet Gaia, are innately fifth dimensional beings, who will return to your true SELF when your “tour of duty on Earth” is complete.
We, your Galactic Family, are ALWAYS with you!! You are NEVER alone as WE are with you as you fulfill the Missions that you choose before taking this earth vessel. We, the members of your Galactic Family join with all the members of your Angelic Family to remind you all that WE are so very happy that you can remember!!
In closing, we wish to ask you to please pass on that which you have remembered. If you look at the Crown Chakra of other humans, you will be able to determine the humans who are ready to REMEMBER and the humans who are not–yet–ready to fully awaken to their own Higher Dimensional SELF.
We, your Galactic Family, know that each of you have a certain “It Is the NOW” that will come into your awareness whenever you are ready to hear that call and to respond to your Promise to Assist Gaia!
We thank all of you and send you ALL fifth dimensional Love and Light
Blessings,
The Arcturians, and ALL your Galactic Families!

Please see the below message which is on youtube at:

Next post: 8 Signs That YOU Have A Spiritual Life Purpose

Previous post: Archangel Michael, A New Cycle of Creation is In Progress