by AtPerrys Healing Crystals on September 23, 2019 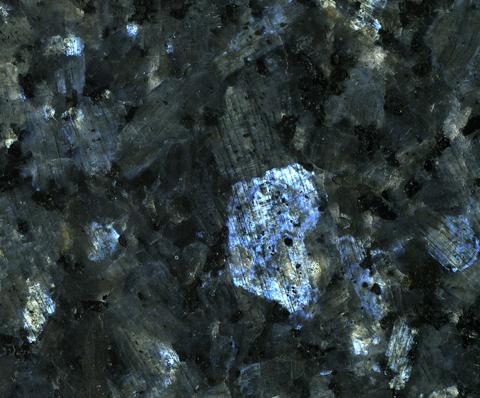 Larvikite crystal is a beautiful collection of high energy vibrations. It is pristine and purifying. Larvikite properties are astounding because it raises the spirit of the user. It has many powers that can relax you and heal you from inside. Today we will discover the Larvikite magic through history and Larvikite jewelry so that you can start using it at your home right now! Looking for Larvikite for sale? You are in the right place because we have all the information to unfurl the secrets of Larvikite. It is a water element stone with MOHS hardness of 6 to 6.5. Larvikite stone is seen with a steely appearance in Grey to Blue colors. Brown Larvikite is also common to find.

The name Larvikite comes from the Larvik region in Norway where it was found in. Often called by the misnomers black moonstone and black Labradorite, Larvikite crystal is also called blue pearl granite or blue eye granite. It shines with a gorgeous labradorescence. The darker variety of Larvikite is rare and called as the Royal Blue Pearl Granite.

The meaning of Larvikite is grounding and balance. Called a facing stone as it is found in the facades of buildings.  Protection and patience are the virtues it will impart in you. Larvikite will help you see the best version of yourself. It is a crystal to regain youthfulness and energy. Larvikite meaning is also joy.

What Is Larvikite Made of?

A type of feldspar, Larvikite is a relief stone rich in anarthoclase up to 90% in the igneous rock. Specifically, Larvikite is a type of monzonite with traces of feldspar in it. While the blue flashes on the stone were once used for fortune telling, today it is found in prized custom jewelry. Established during the Permean period, Larvikite is also related to the Oslo Rift formation. It naturally contains titanium, apatite and olivine in its crystal lattice.

Is Larvikite the Same as Labradorite?

Where is Larvikite found?

Norway is the origin and source of Larvikite in the world. It was discovered in Norway in 1884.

Which Is Larvikite Chakra?

Root Chakra is the core power point of Larvikite. It is where you connect with Mother Gaia to eject all your negativity. Also called the base chakra and located at the end of your spine, Larvikite chakra is a grounding chakra. It calms you down and brings balance into your life.

Aquarius is the official zodiac sign of the Larvikite. If you’re an Aquarian, you will find the secret of socializing without raking up your anxiety. It is a stone for calming you down and cutting down your eccentricity. Larvikite will make you feel at peace wherever you are. Your wisdom and courage will also grow by using the stone in your pocket, always by your side.

How to Clean Larvikite?

Before you start cleaning your Larvikite, you need to know that water is not toxic to this mineral. You can rinse it in cold or lukewarm water every week or once a month.

What Is Larvikite Good for? What are Larvikite properties? One of the unique gemstones to find your destiny in life. Larvikite is a grounding stone that works in mysterious ways to keep your balance. When Larvikite is on your side, you will never frown. It brings joy and happiness. What else? Let’s find out the Larvikite benefits right away …

·      Grounding and Positivity with Larvikite

When you’re burdened with thoughts that are negative, you get chronic stress. And, you need grounding. Holding a Larvikite grounds you by connecting you to Mother Gaia. When you’re connected to earth, you will eject negativity and absorb positivity.

If you’re depressed about life and its events, Larvikite will bring you the support you need to move on. It is a fresh air of hope.

Being a stone of the base chakra, Larvikite can remove stress hormone cortisol in case it is a big problem for you. It drives the anxiety and confusion away by giving you clarity of thought. You will find it enlightening to spend time with Larvikite because it will show you new directions.

If you find it hard to think clearly, circle Larvikite stone thrice over your head and try thinking again!

·      Larvikite for Meditation and Peace

For those searching for spiritual guidance and enlightenment, Larvikite can help you find your destiny. It is a stone to eject the hexes or evil eye cast on you. Larvikite helps you set your fears free. It can bring you the calmness and relaxation you’ve been dreaming about.

All you need to do is hold Larvikite over the end of your spine while sitting down on a yoga mat. Visualize the energy of Larvikite entering you and spreading calmness through your chakra points to the rest of the body. Do it at dusk every day.

Besides keeping your essential travel stones, you can also pack a Larvikite if you’re having a rough time on your holiday. Larvikite dispels hatred and anger from the people around it. Larvikite crystal can also surround you with a protective invisible bubble. It is a stone for preventing energy attacks and accidents on your way.

·      Larvikite for Cleansing Of Emotions

At any time you’re panicking, hold a Larvikite with both your palms for five minutes. You will find the warm cleansing energy wash over you.

Larvikite bracelets are the best way to celebrate your love for Larvikite properties. What’s your question about this mystery stone?