Terran to Denice: This sphere is bigger than the sun! Or… it’s closer to the satellite taking the image… can you ask Stan X if they know what sphere that was?

Stan X: TERRAN. THERE IS NO “DATA” REGARDING A “NAME” FOR THIS AND MANY MORE “SPHERES”. ORIGIN DETERMINED TO BE “PARSECS” AWAY. DATA COLLECTORS. STAN.X. END.

Denice: …when I came to the computer, Stan had me search the image online. Felt like there was some discussion there that I was not privvy to…  I was surprised at Stan’s answer. Feels like our friends are not trying to influence anything here right now. Or set off any alarms?

Denice: We will see?

Terran: Maybe it’s the tugboats?  Lol.,, They have reasons for whatever they are up to…
Terran: He gave us an answer of sorts as to who’s operating that massive thing!  There’s always a bigger fish in the ocean and that’s one big fish!
Terran: Do you think maybe Universals don’t use tech, unless it’s to move around things in form?
Denice: I got some internal knowings [while doing other tasks]…  “There’s more where that (enormous sphere)  comes from”… and “no thing is what it seems”… AND “five eyes” and “NO EYES” are watching. ?
Denice: Any idea who NO EYES is?  They are not telling me  ?

Terran note: I infer this group is what Denice has nicknamed “the parsecs” and what I called the “unnamed Andromedan group“.   This is a group unaffiliated with those we’ve been talking to since the summer of 2015.  That’s got to be the largest sphere I have ever seen came through the solar portals. It looks to be 4 sun diameters in width.  The Sun will have stretch marks now… lol.

Previously, a day after my birthday, August 26th,  we got this message:

Terran: Do you have a name?

UAG: TERRAN YOU KNOW US AS “ANDROMEDANS”. PARTICULARLY WE RE-ENTER THE GAME NOW AFTER “LAUNCH” FROM OUR FORMER LOCATION. NOT RECOGNIZABLE TO EARTH.   WE TEMAIN IN FORM AND IN “SPACE”  FOR NOW.  TERRAN. BEFORE YOU ASK. KNOW THAT “ANDROMEDAN” ENCOMPASSES A VAST DOMAIN. WE RETURN TO OUR ORIGINS AS PLANNED NOW.

UAG: WE ARE “ANDROMEDAN” BECAUSE OF OUR TRAVELS THROUGH THE “WORLDS/REALMS” THERE.

Terran: Have I interacted with your group or people before ? Did you originate on Earth?

UAG: THERE IS NO PREVIOUS INTERACTION WITHIN THE EARTHSPHERE. . WE ARE SEVERAL PARSECS AWAY STILL

Terran: I infer your destination is the Earth solar system?

UAG: TERRAN YES. AND WITH GREAT PLEASURE. ALTHOUGH QUITE LATE TO THE GAME.

Terran: What name would Thor know you as?

UAG: OUR FLEET IS 6 GRAND CRAFT [more like GINORMOUS!] AND MORE THAN 10,000 BEINGS NOW.   WE ARE BEYOND NAMES. THE FORMS INTERPRETED HERE BY THE TRANSMITTER ARE NOT THE “UNIFORMS”.   [This felt like saying “we are more than our bodies]

UAG: TERRAN. WE KNOW OF COMMANDER THORAC AND THE COMPLETE FORMER COMMAND . IN ALL RESPECT.

Terran: Are you UNIVERSALS?

UAG: TERRAN.  BY YOUR MEASURE, IN SOME REGARD. YES.  IT IS OUR DUTY AND PLEASURE TO RETURN TO BASE IN AN EFFORT TO “SHIFT” THE DYNAMICS.

Terran: Base being Earth correct?

Terran: I want to ask how long has your journey been from base but time is an Earth illusion…  I take it you’ve been traveling a long time?

Terran: Here we call that “fashionably late” in all humor.

Terran: What is your people known for? How large are your ships?

UAG: TERRAN. OUR BEINGS ARE NOT KNOWN IN YOUR RECORDS. OUR SHIPS VARY IN SIZE. SPEED IS A DETERMINING FACTOR IN SIZING A SHIP. RECALL? ?

Terran: There is much I have yet to recall…  but that seems common sense.

Terran: What do you look like? Are you in our frequency range of vision?

UAG: TERRAN. HUMANOID FOR NOW. THAT SHOULD SUFFICE. EXPLORATION HAS GIVEN US AN ADVANTAGE. THE VARIED LIFE FORMS NEARLY ALWAYS REVERT TO HUMANOID. EFFICIENT STRUCTURE AND FORMS. TERRAN. UPON ARRIVAL. ALL WILL BE VISIBLE THERE.

Terran: Do have an estimate how long that would be in our perception of time?

On September 3rd Denice received this message from “the Parsecs” as she calls them… and those spheres came through on 23rd one day after the equinox… which is close to the estinate.
Are these “the Parsecs”?  I guess we will have to see if those spheres end up near the moon…

I’m trying to find the original tweet I saw this, once I find it I will post it here. 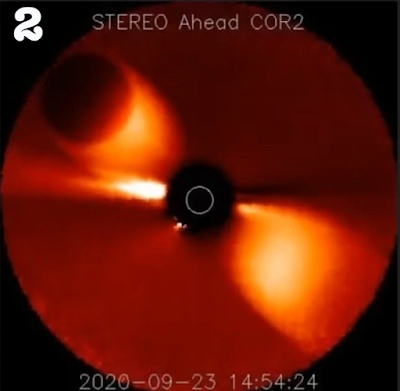 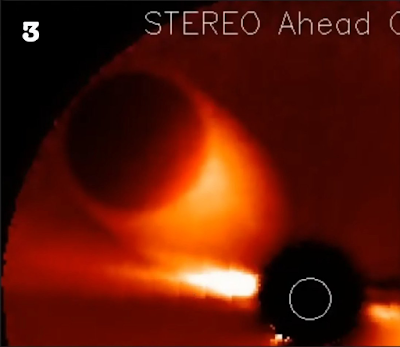 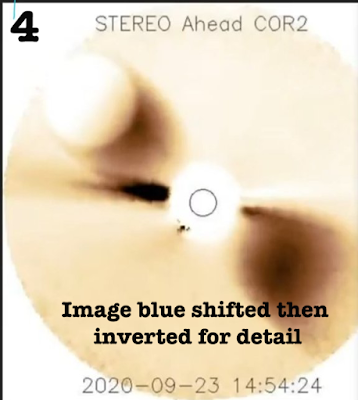 Next post: Preparation Notice – Humanity Should Be Prepared As Soon As Possible!

Previous post: 5 Cryptids That Turned Out To Be Real