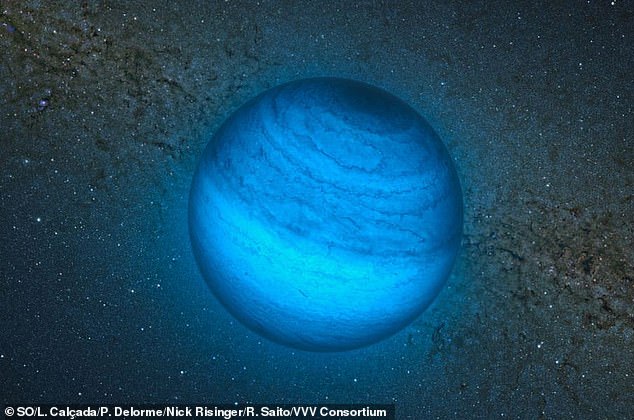 Scientists have spotted what could be two free-floating planets in the distant Milky Way, each without any star to orbit.

Given the difficulty of pinpointing starless planets, however, it isn’t yet clear how big these rogue worlds really are.

Relying on a technique known as gravitational microlensing, researchers say a region known as the Galactic bulge may be home to a Neptune-sized planet, while the galaxy’s disk may host a planet with a similar mass to Earth’s.

The findings, published online in arXiv, add further support to the idea that small planets are far more common in the Milky Way than stars.

Finding so-called rogue worlds is a difficult task, as exoplanet discovery often relies on the dips in brightness that occur as a planet transits, or passes in front of, its star from our point of view.

Without fluctuations in starlight to look for, researchers instead must use a technique called gravitational microlensing.

This is essentially when a planet’s gravity acts like a cosmic magnifying glass to bend the background light from a distant star.

The new planet candidates were found in data from the Optical Gravitational Lensing Experiment (OGLE).

And one, if as small as the lowest estimate, could be the smallest discovered yet.

The other event, they say, was caused by either a Jupiter-mass planet in the Galactic disk or a brown dwarf in the bulge.

‘While making statistical inferences out of such a small sample of events is risky, we show that these detections are consistent with low-mass lenses being common in the Milky Way, unless the fact that events occurred on bright giant stars is just a coincidence,’ the researchers note in the paper.

Despite the uncertainties, the researchers say the discovery is in line with that planet formation theories predict.

These planets may have been ejected from their own systems long ago.

‘Thus,’ the researchers say, ‘our findings support conclusions that such Earth-mass free-floating (or wide-orbit) planets are more common than stars in the Milky Way.’

Next post: 4 Signs You Are Raising Your Vibrational Frequency