Home » The Most Effective Cure for Kundalini Psychosis

The Most Effective Cure for Kundalini Psychosis 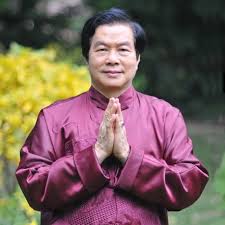 Kundalini sometimes makes people crazy because it gets trapped in the head. A Taoist energy practice called “the microcosmic orbit” can prevent this from happening or fix it after it occurs.

The following excerpt comes from Awaken Healing Light of the Tao, by Mantak Chia.

WITHOUT GROUNDING, the practitioner may experience many negative side effects from energy practices. Among the many possible side effects, “Kundalini psychosis” (also known as “Kundalini syndrome”) is one of the most common. Kundalini psychosis occurs when too much hot or Yang Chi rushes up the spine (or right or left psychic channel) to the brain and gets stuck there. Symptoms include intense heat and/or pressure in the head or heart, visual and auditory hallucinations, paranoia, disorientation, obsessive thinking, and insomnia. These symptoms can persist for days, weeks, or even longer.

Some people have experienced Kundalini psychosis spontaneously without having done any energy practices at all. Others have activated it accidentally through recreational drug use. There are also some who have triggered Kundalini psychosis as result of doing meditation practices that do not emphasize balanced energy circulation. Hakuin Zenji, the father of the Japanese Rinzai school of Zen Buddhism, wrote in his famous book The Embossed Tea Kettle about the “Zen illness” that frequently afflicted his monks and nearly killed him. Hakuin finally went to a Taoist hermit for a cure.

In modern times, people who experience Kundalini psychosis usually do not know what is causing the problem and are often diagnosed as psychotic. Many have been institutionalized in psychiatric hospitals and treated, usually unsuccessfully, with strong medication and psychotherapy. Because the root of this disorder is actually energetic, the most effective cure for Kundalini psychosis is to lead the energy back down from the head to the navel or soles of the feet. This is accomplished by opening the Microcosmic Orbit.

Bringing the energy down is much easier if one learns grounding techniques. Earth energy, Yin and magnetic, helps attract the energy downward. One can also draw the Yin earth energy upward; this cools the heat in the head and increases the kidneys’ Yin power. The rapidity and effectiveness of this cure can be dramatic; often symptoms are reduced almost immediately, and total cures can be brought about within two or three weeks, if not days.

Other problems that can occur from lack of grounding include overheating, high blood pressure, headaches, heart palpitation or arrhythmia, lack of focus on the details of life, distractedness, or a general sense of “spiciness”. All these symptoms can usually be effectively prevented through the simple technique of opening the Microcosmic Orbit and learning to connect to the energy of Mother Earth.

You may need to practice more to vent any excess energies (or negative emotional energies) that tend to stick in the heart or in the head when the Microcosmic Orbit is first opened.

About the author: Higher Self
Tell us something about yourself.
Views: 6,142

Next post: Galactic Wind that Stops Early Galaxies Blowing Themselves Apart is Detected by Scientists