Home » The Mystery Of The Celts: 3 Most Powerful Celtic Symbols And Their Hidden Meanings

The Mystery Of The Celts: 3 Most Powerful Celtic Symbols And Their Hidden Meanings 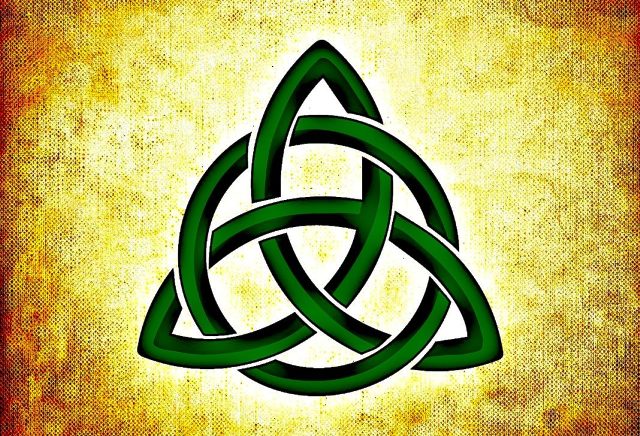 Celts were an ancient group of people who were extremely spiritual. They “found” symbolical meanings in all daily objects around them and mandalas were their way of expressing their beliefs.

Mandalas were the physical manifestation of their symbolism in an artistic format.

Mandalas were thought to be a tactile method of connecting the Celts’ ancestry and origins. Visualization of dreams, imitation of visions, and thus enriching the traditions and the culture –  these were the uses of the mandala symbols for the Celts.

Symbols of mandalas served as focus points for the Celts and helped them reach enlightenment. They created a balance of the internal and external of those who practiced them. Here are the 3 most famous and powerful ones still prevalent in recent times:

The Celtic knot is one of the most powerful of the Celtic symbols, persisting through ages. Its prevalence across multiple art forms is mainly due to its universality. The knots range in their complication and the base meaning one associates with Celtic knots is interconnectedness. This stems from the Celts’ faith that life was intertwined inadvertently with eternity.

When you focus on a Celtic knot, follow how it flows and you’ll be able to make intuitive connections with your own journey of life. This Celtic symbol also enforces the tradition of the Celts of being interconnected with one’s ancestors.

The Tree of Life is an iconic Celtic mandala. Trees were highly respected and admired by Celts and they involved trees in many of their tradition of symbols. Due to its abundance in their immediate surroundings of the isles, oak trees were particularly valued higher. The Druids would hold their lessons in oak groves as the Celtic words corresponding to “wisdom” and ” wood” were similar, and they did not fail to notice this as a symbol as well.

In the Celtic faith, the Tree of Life was a depiction of the whole Universe. The deep-reaching roots ground it to nature while the branches reach out to the heavens. Life of all beings was supposed to be sheltered in the Tree of Life and was thus believed to be the all-nourishing Mother. The interlacing of the branches of the Tree signifies the cyclical nature of life.

The “three-cornered” Triquetra symbol usually signified the Holy Trinity of the Father, Son, and the Holy Ghost. But this symbol was interpreted in many other trifectas too: mind, spirit, and body; present, future, and past; father, mother, and child; preservation, destruction, and creation, etc.

The infiniteness of the lines can be read as the infiniteness of our lives. The circle which is often drawn around the Triquetra is the protection the Divine provides to all life. You can make your own spiritual connections with the trifectas mentioned and channelize the energy to enrich your life.

While the Celts left behind their traditions for us to gain from, we must always be respectful of them. While you utilize these to further your spirituality, don’t forget to express your gratitude to the Universe.

Next post: Green tea and turmeric make a powerful combination