Home » The Seven Sisters of Pleiades

The Seven Sisters of Pleiades 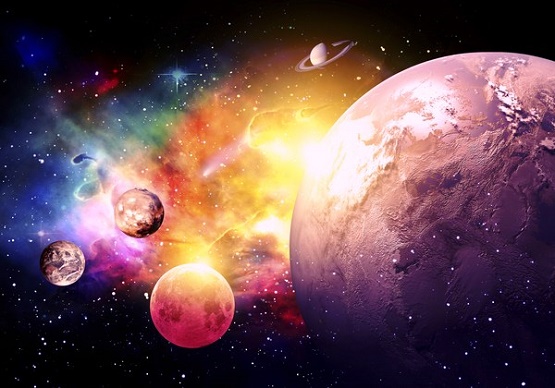 Between Autumn and Winter if you look up to the sky, you will see a cluster of seven stars known as the Pleiades.

As they shine so brightly, the Pleiades stars have been recorded in ancient texts and drawings across many civilizations including the Greeks, Egyptians, Indians, Australian Aboriginals, Native Americans, Japanese, and more.

In Greek mythology, the Pleiades were referred to as the Seven Sisters and were beautiful, strong women that were placed into the sky to calm the seas and watch over sailors.

In Celtic traditions, the Pleiades would be seen rising during the season of Autumn, a time synonymous with celebrating and honoring the cycle of death, therefore the Seven Sisters were linked to death, loss, and grief, but were also believed to bring comfort to those in mourning.

Along with ruling over the cycle of death, the Seven Sisters were known to bring strong feminine energy and also hardship.

The Pleiades sit at around 28-29 degrees of Taurus to 0 degrees of Gemini and according to traditional astrology, whenever there was a planet or alignment close to this degree, it was typically seen as a bad omen.

This negative connotation however, was more likely due to the way feminine energy was interpreted at the time these records were made. As we know today, feminine energy is not inferior, unlucky or weaker than masculine energy, it is just different and necessary in its own way.

Today, in modern astrology, many believe that the highly advanced feminine energy held by the Pleiades has the ability to bring deep healing and connection into our lives, rather than bad omens.

Pleiadean energy is also associated with building healthy communities, learning to live off the land in a harmonious way, and creating a sense of love and belonging.

There are many mystics, healers, and astrologers that also claim to have received loving downloads from Pleiadean beings, and some Starseeds also feel the Pleiades is their original home. These Starseeds are known for their empathic qualities and their ability to shine their light on the darkest corners of humankind.

As the Pleiades sit at the end of Taurus and start of Gemini, if you are born on the cusp around May 18-22nd or have any natal planets close to this degree, it is likely that you have strong Pleiadean energy. The Seven Sisters are by your side!

Just the same, between the Autumn Equinox and the Winter Solstice, in our respective hemispheres of the world, we are able to tap into the wisdom of these Seven Sisters with greater ease.

The brightest star in the Pleiades is Alcyone and she is often viewed to be the female equivalent of Sirius.

Just like Sirius, Alcyone is a high vibrational star that is extremely powerful and potent. If we think of Sirius as our Spiritual Sun, Alcyone could almost be like our Spiritual Moon.

Alcyone is also said to bring waves of feminine energy to Earth as a way of reminding us to tap into more of these qualities.

Remember, feminine energy goes beyond gender. It represents our ability to go with the flow, to listen and trust our intuition, to tap into our deeper senses, and to favor nourishment over action.

Feminine energy is our ability to be patient and compassionate, and to practice self-love, but this is not just about loving ourselves when things are good. We have to learn to love it all, the good, the bad, and the ugly.

Feminine energy also rules over the shadow sides of life and the darker emotions that we all feel from time to time.

Perhaps it is these darker qualities that society does not encourage us to look at that also contributed to the negative association with the Seven Sisters in the past.

But, there is nothing negative about this energy, and rather than shying away from these darker emotions, we can instead learn to embrace them in order to lead more meaningful and whole lives.

We all have a shadow side, we all know what it’s like to crawl through the darkness of death before a rebirth occurs, and getting comfortable in this space is what the Seven Sisters call on us to do.

By strengthening our feminine energy, it can also help us to remain rooted in our process, even when darkness falls in our lives.

When the Pleiades are bright in the sky, we can tap into our feminine energy with more ease and learn to be comfortable sitting in our own darkness. We all have wounds, we all have pains and fears, and there is a power in accepting this.

Under the light of the Pleiades, we can also be reminded of the impermanence of life and the fact that death is a part of nature and part of our story too.

The Pleiades is a dominant force in our cosmic atmosphere here on Earth, and as feminine energy continues to rise and balance out the strong masculine energies that have long-dominated our energy field, we are going to be able to awaken to more of what this Pleiadean energy can bring to the world and to our lives.

So, if it is Autumn where you currently reside, take a moment to look out for the Seven Sisters. See them shining in the night sky, reminding you to celebrate the journey of life and death, and to celebrate the feminine power that lives within us all.

5 Ways to Strengthen your Feminine Energy

Are You a Starseed? 21 Signs to Look For

The post The Seven Sisters of Pleiades appeared first on Forever Conscious.

Next post: How to Add Videos to Your Blog Posts