Home » Messages from Beyond the Solar System

Messages from Beyond the Solar System 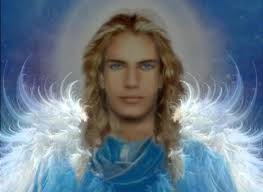 There have been many people receiving messages from a race of beings called Arcturians, who are highly intelligent and forecasting the future for ascended humans. Arcturians, or Arcturuns, hail from the planet Arcturus and have lived life in form, but many also live as intelligent consciousness and traverse the universe as they wish. Their intentions are peaceful and their wisdom all-encompassing and their missives are gaining popularity amongst awakened humans. Pleaides is a star system that also harbours intelligent consciousness and their messages are also said to have been channelled by some humans. In fact, there are many highly intelligent races in the universe who are unimpeded by time or space that can travel across galaxies at the speed of light. As they are unencumbered by a body, their consciousness can last for aeons of time.

What can they teach us? Races such as Arcturuns, Orionions, Pleaidians and Siriuns can all teach us to live in harmony with the planet and each other. Live as in nature, taking only what you need and replacing it in kind. Treat each other and your planet with respect and honour your body as a temple. They can also teach how to see life as calculations, meaning that, theoretically, all life has a code, including emotions, disease and pain. Unencumbered by emotion, highly intelligent beings could solve many scientific and medical riddles easily.

The fascination of humans for contacting alien intelligence can override caution, which I now impart to you. Although these beings are, for the most part, peaceful and well meaning, they do not think or interact as humans do and they have no consideration for human emotion or individual well-being. They do wish to see the human race ascend above the third dimension, because the dense vibrations emitted out to the universe affect them just as much as they do the Earth. However, in interacting with these beings, please be aware that they work for the greater good which can, in extreme circumstances, involve a sacrifice of energy at the expense of individuals. They are also extremely cautious around humans, due to violent interactions with some humans in the not-so-distant-past.

Like any human soul, starseeds who incarnate into a body on the planet Earth, whether human or some other form, find themselves confronted by a barrage of emotional torment and conditional love. Many do not last the length of their contract as humans as the difficulties they face are so foreign to their peaceful and loving souls. If they find a form that is unconventional and rarely seen, they face capture and experimentation. In addition, the technologies on Earth are far inferior to those to which they are accustomed and the evolution of the human race has not advanced enough to accept intelligence of their kind without exploitation. Therefore, it is far wiser for these beings to communicated telepathically with psychically advanced humans than it is to walk the Earth in form.

By all means, listen to their messages. They have much to teach you. Know they are peaceful and have loving intent. However, be wary of allowing them into your psyche willingly because, with free will given, their presence could be all encompassing for the open-minded but inexperienced psychic. If in doubt, please call upon me or any Master of Light for assistance.

I AM Archangel Michael