Home » What They Found, Then Covered Up, In Antarctica Will Blow Your Mind

What They Found, Then Covered Up, In Antarctica Will Blow Your Mind 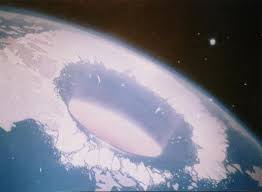 What They Found, Then Covered Up, In Antarctica Will Blow Your Mind

Editor’s note: The following story is amazing and should be shared with everyone you know! The U.S. Government has been complicit in many cover ups, but this is by far one of the most compelling accounts.

ANTARCTICA (INTELLIHUB) — Operation Highjump (OpHjp) put nearly 5000 U.S. military personnel along with every resource available to the Navy’s disposal in the hands of Admiral Richard Byrd, the Operations Leader of the U.S. Naval mission into the Antarctic. Think about that for a moment and let it sink in. Every resource in the entire U.S. Navy was made readily available for Admiral Byrd’s team’s use.

Although Byrd was chosen to lead the mission for a rather specific reason, which I will later explain, he was quite qualified and a favorite amongst the American public–the perfect candidate of choice by U.S. Navy and Top Brass. Additionally to Byrd’s recruitment another man, Rear Admiral Richard Cruzen, was selected to head-up the task force. And make no mistake, this was an unusually bold move for the American military at the time as people, nations, and even world economies were still volatile from war’s aftermath.

So we have to ask the following questions:

Why would the U.S. military be seeking to expend so many resources at the risk of great collateral loss to explore such a harsh region of the Planet Earth as Antarctica?

What was the rush?

What did they know?

What we find is that a lot of the details regarding Operation Highjump have been carefully tucked away over the years. Wikipedia explains little about the mission officially titled The United States Navy Antarctic Developments Program, 1946-1947:

Highjump’s objectives, according to the U.S. Navy’s report on the operation were as follows:

Interestingly enough many of the actual mission details were shrouded by secrecy, hidden from the American public, which leads us to where we are now.

An excerpt from a report entitled The Antarctica Enigma reads:

Little other information was released to the media about the mission, although most journalists were suspicious of its true purpose given the huge amount of military hardware involved.

The US Navy also strongly emphasized that Operation Highjump was going to be a navy show; Admiral Ramsey’s preliminary orders of 26th August 1946 stated that,“The Chief of Naval Operations only will deal with other governmental agencies” and that “no diplomatic negotiations are required. No foreign observers will be accepted.”

Not exactly an invitation to scrutiny, even from other arms of the government.

Admiral Byrd, was a strategic choice as he was a national hero to the Americans. He had pioneered the technology that would be a foundation for modern polar exploration and investigation, had been repeatedly decorated and had undertaken many expeditions to Antarctica and was also the first man to fly over both poles.

However, the task force itself, remained strictly under the military command of Rear Admiral Richard Cruzen

Unfortunately, the ships central group entered the ice pack off the Ross Sea on 31st December 1946 and found conditions as bad as had been noted for over a century.

Cebreakers such as the USCGC Burton Island, a ship that had only recently been commissioned and was still undergoing sea trials off the Californian coast when Operation Highjump was launched, fought to cut a way through the ice to help the men land.

Richard Cruzen was one of a few men to have located at several ‘oases’ which were actually the real reason the expedition team was sent there in the first place, although at the time only those with a top-secret clearance would truly know the mission’s true objective.

An excerpt from the Daviess County Historical Society reads:

According to a Navy report, 1,000 miles of new coastline was discovered on exploratory trips by the Bear and Byrd’s sea plane. Commended by Secretary of the Navy Frank Knox for his “superior seamanship, ability, courage, determination, efficiency and good judgment in dangerous emergencies,” Cruzen was one of the 16 members of the 1939-41 expedition who received the Antarctic Expedition Medal, presented in November 1946.

On Dec. 2, 1946, Cruzen once more set sail for the Antarctic continent. This time, as Task Force Commander under Admiral Byrd of the Navy’s Antarctic Developments Project also known as “Operation Highjump” Cruzen led a force of 13 ships carrying some 4,000 men, including meteorologists, zoologists, physicists and experts from oceanography institutes into the adventure of a lifetime.

Besides looking for new scientific data, another purpose of the expedition was to train Navy personnel and to test standard Navy ships and other equipment in cold weather operations.

Cruzen navigated through an ice pack of several hundred miles before reaching Little America. Icebergs and unpredictable weather were formidable foes during the course of the expedition.

Among the discoveries made during the 1946-47 expedition was the sighting of two “oases,” one a region of ice-free lakes and land. More than 300,000 square miles of unpathed territory were charted on aerial mapping operations. Their observations proved that radical changes would have to be made on existing maps of the Antarctic.

Why would warm spots, with warm water exist in the Antarctic?

What does this mean?

Researchers such as Dr. Brooks Agnew and others have deeply considered the possibility that the earth itself could be hollow or egg-like.

Although this theory seems hard to comprehend because you have been told exactly opposite your entire life, in school, and so on.

Entertain this idea for a moment.

What if the earth was hollow?

Would that be possible?

Is there evidence to back this up?

The answer is yes!

Evidence shows that the earth rings like a bell after an earthquake for a period of up to about 60 minutes and that’s why some scientists and researchers say that this is due to the fact that the earth is hollow.

If the earth had a solid core, when and earthquake happened it would likely absorb all of vibration and not resonate it. This is just one detail that should open your mind to the possibility that a hollow planet is a possibility.

Famous author and lecture, David Icke, explains in his book, Moon Matrix, exactly how the moon is likely hollow as well. While Icke has been received lately harshly with criticisms, an ActivistPost.com article points out how “Icke believes that the moon is an inter-dimensional, intensity portal for entities and energies from other dimensions. He believes that aliens use the moon as a home base for hijacking signals from the universe so that our bodily forms that are experiencing this virtual reality on Earth, can’t fully experience what our creator meant for it to be. These aliens are the same reptilian shape-shifters that Icke claims are responsible for much of suffering on our planet. Reptilians want to filter anything beyond our five senses so that it manipulates what kind of world we can experience.”

I myself have had the privilege of interviewing David Icke and other hollow earth experts, such as Rodney Cluff and Dr. Brooks Agnew, personally–pushing me further into accepting that this theory may be more than just a theory.

Virtually every culture and civilization across the planet, throughout time, has documented what appears to be the existence of a ‘hollow Earth.’

According to Dr. Brooks Agnew, who I have personally interviewed many times, ‘a hollow earth is a very real possibility’.

Agnew has focused his studies to the North Pole region, as him and his team plan to one day locate a documented “polar depression” thus launching test overflights from a “nuclear powered icebreaker.”

Brooks and his team plan a scientific expedition to the brim of the hollow earth, which proves to been unsuccessful at this time due to a lack of funding.

Brooks plans to use a “sun compass” and a “gyroscope” above the 60th parallel to get accurate measurements of the oceanic depression. If the rate of change begins to increase than likely the team would be entering the longed elusive “polar depression” which has been reported by ancient Viking explorers and modern-day seamen alike.

Moreover during an interview on Red Ice Radio, Agnew talked about the formation of planets, Sir Isaac Newton, and the difference between “thick” and “thin” crust physics, zero gravity and more. The episode is very interesting to say the least. Essentially what Agnew was talking about is what’s known as a rather large “Graviton”. You know, those rides at the county fair that spin real fast? They stick you to the wall then the floor lowers. Oh boy–I can smell the funnel cake and the cotton candy now!

In the interview Agnew continues to get into the possibility of a ‘hollow Earth’, questioning the possibility of advanced life within. Agnew explains how migration patterns of birds could be proof that something to the nature of a hollow earth exists as birds migrate north for winter in some cases, retreating to a warm area in the polar region.

Additionally it has been reported that the U.S. Navy encountered several UFOs during the Antarctic expedition and possibly may have had a firefight with at least one of them. A brief clip of this was allegedly caught on film.

Some also speculate that mermaids and other rare creatures may derive from the inner earth, sometimes making their way into the upper waters divided by the firmament as mentioned in the Bible.

Previous post: 5 Signs That your Life is About to Undergo a Massive Change