by consciousreminder on October 25, 2019 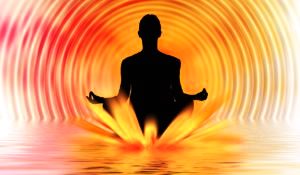 Energies are all around us. If you meditate, you can feel the aura present around you – the aura that protects you from negative energy.

However, meditation and recognizing this aura can make it so much stronger. It is only when we become aware of something that we work on it and strengthen ourselves.

Our energy fields usually are obstructed by magnetic fields because they hold our own magnetic powers. That’s why electronic devices can affect us. Many people say how electronic devices, even if we are not using them, can bring them down.

It can stress you out. When you consider it from the spiritual side, you can realize that your aura is also affected when you are stressed.

Science has often tried to break the mystery of our aura. Jan Baptist van Helmont, who was a physician and a mystic, had visualized the aura as a cosmic fluid that is present in everything. That the aura flows and is fluid is something that history has often mentioned.

Franz Mesmer claimed that inanimate and animate objects are charged by a kind of fluid that seems magnetic. This way, both bodies can influence one another. He is also the person after whom the term ‘mesmerism’ is coined.

Baron Wilhelm von Reichenbach was the one who discovered that there were several peculiarities in our energy field that he referred to as odic forces. It was similar to the electromagnetic field.

Reichenbach also discovered that the human field had various colors. The negative pole was designated to the left side and the right side was the positive pole. There are other theories too which show that the human energy field has frequencies and wavelengths too.

One of these researches entered into the avenue of the human aura – it examined the inner spirit of the human body. Dr. Walter Kilner from 1911 used colored filters along with a type of coal tar to examine aura.

He found out three zones in it – the dark skin layer, another ethereal layer perpendicular to that body, and a subtle outside with 6-inches across. These were called the aura conditions. Dr. Wilhelm Reich studied the universal energy called orgone and connected it to this.

The mystery of the human energy field remains even now, but it is very powerful. Plus, it is said to be layered. Some mystics believe that diseases can be a result of the energy field disturbances. That’s why it is essential for us to protect our aura.

The aura of a human being vibrates at a specific frequency. It absorbs energy and gives off energy too. And it can get affected by another person’s aura as well. Hence, you should be aware of how the energy transaction takes place.

When you come across someone with a negative aura, you will feel frustrated. You will feel disturbed inside. This disturbance, if not corrected, can lead to health issues.

There is also the External Negative Emotional Energy which is actually an umbrella term indicating the differences in your Life Energy Fields. If many people feel negative vibes in the same place, it can be due to the area.

Perhaps a major natural calamity like an earthquake has left a negative aftertaste in many people. Other problems are flu, conflict, road rage, crime, etc.

It is essential to be aware of your aura and how it is getting affected. Meditate if your stress level is getting high. Make the aura as strong as possible.

The post Why You Should Be Aware Of The Power Of The Human Energy Field appeared first on Conscious Reminder.

Next post: Magnetic Mayhem, Mandela Effects & Other Glitches In The Matrix